“Our family lived in the Hebron area from 1930 until shortly after my father (James Koci) passed away in 1970. We lived in town from 1930 until the spring of 1936 when we moved to a farm. My father continued to farm until after the May 1953 tornado that did severe damage to the farm buildings. With no sons at home to carry on the farm business, Dad retired and built the house at 235 Eads Avenue and lived there the rest of his life. Both my father and mother (Anna) are interned in the Catholic cemetery in Hebron.” ~Vaclav (James) Koci

(The following is submitted by Vaclav (James) Koci.)

Albert, Edward, Vaclav (James) and Arnold Koci all served in the U.S. Navy between 1939 and 1971 during World War II, and both the Korean and Vietnam wars.

The oldest, Albert, joined the Navy in the fall of 1939, shortly after his eighteenth birthday at the urging of his younger brothers. Edward had encouraged James to help him persuade Albert to join so that their mother (Anna) would not be able to deny Edward the opportunity to join the Navy as soon as he was old enough. Edward’s dream was to join the Navy. When he was in the eighth grade, his teacher asked her students to write a short essay on what they wanted to be when they grew up. He wrote that his ambition was to join the Navy and see the world.

After boot camp, Albert served as a musician in the Navy Band aboard the Flagship USS Argonne. In 1940, he changed his rating to Fireman and transferred to the heavy cruiser USS Astoria, home ported at Pearl Harbor, Hawaii.

After Albert enlisted in 1939, Edward, who was 16 years old, wrote a letter to the U.S. Navy requesting permission to enlist before he reached the minimum required age of 18. In the summer of 1940, before his 17th birthday, he received his reply – he would be allowed to enlist after he turned 17 in September, with parental consent. Edward joined the Navy in late 1940 to fulfill his dream and upon completing boot camp, requested assignment to the USS Astoria to be with Albert.

On Dec. 7th, 1941, the Astoria was about 700 miles out to sea when the Japanese attacked Pearl Harbor. In June 1942, the ship was involved in the Battle of the Coral Sea and a month later in the Battle of Midway. In the early hours of Aug. 9, 1942, the naval forces assisting the Marine landing at Guadalcanal two days earlier, came under attack from a Japanese fleet and the Navy suffered heavy losses in the Battle of Savo Island. Lost were four heavy cruisers including the Astoria, Vincennes, Quincy and the Australian cruiser Canberra along with several other smaller vessels. About 20 percent of the Astoria complement, including Edward, went down with the ship. He was posthumously awarded the Purple Heart.

Albert survived and continued to serve in the Navy, training crewmen for the commissioning of a new ship in Bremerton, Washington and the USS Bataan at Camden, New Jersey. He served on the USS Bataan during the battle of the Philippine Sea in 1944 before attending fire control and radio operations training in Norfolk, Virginia in preparation for commissioning the USS HW Tucker in Orange, Texas in 1945. He was honorably discharged from the Navy as a Machinist Mat 1st Class at the completion of his six-year hitch in the fall of 1945. He returned to civilian life and spent many years in Hebron and Columbus, before moving to Texas where he passed away in 1988 at the age of 66.

In November of 1950, shortly after the Korean War broke out, James, renamed Vaclav by the Navy to conform to his birth certificate, joined the Navy rather than be drafted into the Army.

Following boot camp training in San Diego, airman school in Jacksonville, Fla., and air controlman school in Olathe, Kan., he was sent to Naval Air Station Atlantic City, New Jersey for duty. On April 1, 1952, he became a Naval Aviation Cadet and began flight training in Pensacola, Fla. In Oct. 1953, James completed pilot training in multi-engine aircraft at Hutchinson, Kan., and was awarded his Navy wings and commissioned an ensign.

His official duties took him to several continents all over the world including Africa, Asia, Europe, and North America. He also served in the Caribbean.

As a pilot operating in the Vietnam War, James was awarded the Vietnam Service Medal, Navy commendation, two air medals and the Presidential Unit Citation. He retired from the Navy as a Commander in 1971 and currently resides with his wife, Madeline, in San Diego, California.

In December of 1951, the youngest of the Koci brothers, Arnold, joined the Navy and served a four-year hitch. After completing boot training in San Diego, he was assigned to Naval Air Station Ford Island, Hawaii for two years. Arnold then served six months at Naval Air Station North Island in San Diego before completing his Navy service with VU-7 Aircraft Squadron at Naval Station Brown Field in Chula Vista, Calif.

The squadron mission was towing target sleeves for gunnery practice by ships and fighter pilots. Arnold was honorably discharged from the Navy in November of 1955 as a 3rd Class Petty Officer, Aircraft Engine Mechanic. He is currently retired and living with his wife Jean in Laguna Niguel, Calif.

(Vaclav Koci will return to Hebron over the Memorial Day weekend to celebrate his 65th class reunion.) 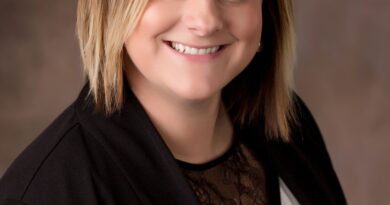 Highlights of the 2014 Year Part Two