The Thayer County Ag Society has solidified plans for this year’s county fair. All the information, entry forms, event rules, exhibitor information  and grandstand shows can be found at thayercountyfair.com, the Society’s official website.

In keeping with a tradition started a few years ago, the board is once again promoting free entertainment throughout the fair, even in the grandstands. Board members told Thayer County Commissioners that by doing away with gate fees at the grandstand, the nightly crowds have increased in attendance. In fact, the most popular show, the vehicle and trailer races, has drawn a capacity crowd in the last three years.

Competitors, most of whom are locals, race rat-trap vehicles pulling rat-trap trailers, boats and campers, until all but one is left to complete the track circuit. The explosive race is held Saturday night following the Sport Mods.

Other shows include trick roping entertainment with the Rawhide and Dusty Show, and returning musical guests T-Marv & Hammer Down.
Thomas D. Thomas Shows will again fill the midway with large and small rides, family-friendly carnival games and fair food all three nights, Aug. 8-9-10.

Ongoing entertainment will be provided by professional face painter Colors da Clown and blacksmith artist Matt O’Callaghan. Additional details of the midway, grandstand and beer garden entertainment can be found at the Society’s website.

As always, the Thayer County Fair would not be complete without its 4-H presence. Last year, the horse show was moved to the Sunday prior to the opening day of the fair. “The move was so successful,” said Thayer County Extension Agent Phyllis Schoenholz, “that they want to do it again.”

Shoenholz said the move was made to accommodate youth who show animals in more than one competition; for example, she said, kids would have to run from the horse show to the goat show and back again causing delays in one or both. It also caused a hardship for the kids having to compete in two shows at the same time, she added.

Other pre-fair shows include the ice  cream contest to be held at the annual Relay for Life event July 26 at the Deshler High School track; public fashion show and performing arts contest Aug. 1 at the Ag Hall on the fairgrounds in Deshler; and the companion animal and dog shows Aug. 3 at the fairgrounds. Times for each event can be found in the 2013 Southern Plains 4-H Fairbook or by calling the Thayer County Extension Office at 402-768-7212.

4-H animal competitions during the fair include the traditional rabbit, poultry, sheep, goat, beef and swine shows. Times and dates can be found at both the Ag Society website or in the book listed above.

As always, the Hebron Journal-Register will publish a complete listing of events, open class competitions and 4-H schedules prior to the fair. And following the fair, look for our special section featuring competition results, fair related stories and lots of pictures.

Lewis arrested in shooting, one dead, one critical 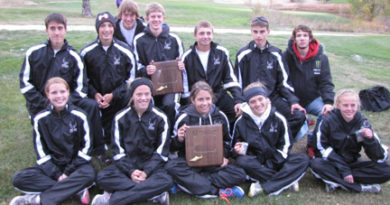