At the beginning of January, the Thayer County commissioners made a contract signing attorney Ben Murray of Germer, Murray and Johnson, as the new Thayer County Public defender.

“I decided to be the public defender because the county needed it,” said Murray. “It’s important that people have access to a public defender. Everyone is entitled to a defense.”

Murray signed a contract with the county for two years.

He also recently agreed to be the public defender for Nuckolls County.

Murray chose to pursue a law career after working in L.A. for ten years as an actor where he made appearances in many commercials and even the popular television series, The West Wing.

He and his wife chose to move back to Nebraska  after tiring of L.A. life and wanting to raise their daughter elsewhere. Three years ago, Murray graduated from the University of Nebraska College of Law and clerked at a law firm in Lincoln before moving to his hometown of Deshler with his wife and daughter.

Murray has been practicing private criminal law for the past several years.

“A lot of people just want to be led through the justice process,” said Murray. “We’re here to help people out.”

Murray is replacing Joe Casson as the county’s public defender. 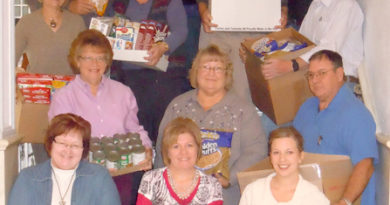