State Epidemiologist Tom Safranek, M.D., wants people to know that tick bites are common and the occurrence of a tick bite does not warrant a doctor’s visit and certainly not every tick bite needs treatment with an antibiotic. “It is uncommon for a tick bite to cause disease,” he said recently in reference to Lyme Disease Awareness month. “Persons with tick bites should monitor themselves for certain symptoms, and only if they develop symptoms, should seek medical evaluation.”

Symptoms include fatigue, fever and skin rash. “If these occur, seek medical evaluation,” he said, and added that even then a doctor may elect to observe and monitor without treating with antibiotics. “This is often the best approach with a tick bite – a doctor should evaluate and make the decision.”

According to the Centers for Disease Control and Prevention (CDC) Lyme disease is spread through the bite of a specific tick, Ixodes scapularis, or more commonly the blacklegged deer tick. The Ixodes scapularis spreads the disease in the northeastern, mid-Atlantic, and north-central United States, and the western blacklegged tick (Ixodes Pacificus) spreads the disease on the Pacific Coast.

“We have never found Ixodes Scapularis or Ixodes Pacificus in Nebraska,” Dr. Safranek said and added that: “neither the tick which spreads Lyme disease nor humans with Nebraska-acquired Lyme disease have been documented in Nebraska.  We certainly have seen visitors to other parts of the country come back with Lyme disease, but they had their exposure elsewhere, not in Nebraska.”

Common ticks found in Nebraska include lone star, American dog, Rocky Mountain wood and brown dog ticks. “These specific ticks do not transmit Lyme disease,” Dr. Safranek said.There is a tick in southeastern Nebraska called Amblyoma americanum (the lone star tick) that may transmit an infection,Dr. Safranek said, but the science is weak he adds. “This infection may bear some resemblance to Lyme disease (bull’s eye rash, fever, aches) but is much less severe than true Lyme disease. And, like Lyme disease, it is treatable,” he said.

True Lyme disease comes from the bacteria, Borrelia burgdorferi, and the tick, Ixodes scapularis. The majority of all true human Lyme cases (90-95 percent) come from the northeast Atlantic region as well as Minnesota and Wisconsin.

According to the CDC, preventative measures should be taken to lessen the chance of being bitten by a tick. Hikers, campers, outdoor workers, gardeners, golfers, and children can protect themselves by using insect repellent that contains at least 20 percent DEET. People who spend a lot of time outdoors should consider wearing permethrin-treated clothing, including boots, pants, and socks. Permethrin-treated items can be purchased online or at sporting goods stores and can remain protective through repeated washings.

Anyone who has spent a lot of time outdoors should thoroughly check themselves for ticks, especially in the ears, on the back of the neck, in the hair and in the groin area. Also, remove clothing and take a shower to wash off any unseen ticks.
Research has shown that showering within two hours of coming indoors can protect against Lyme disease.  Ticks removed within the first 24 hours of attachment rarely spread Lyme disease: do a good and thorough tick check when returning indoors from a tick exposure-prone environment, Dr. Safranek says and added that other tick-borne diseases such as Rocky Mountain Spotted Fever can be transmitted after a shorter attachment period, though these diseases are uncommon in Nebraska.

Finally, anyone who spends time in tick habitats or finds an attached tick should watch for fever and rash. If these symptoms develop, see your doctor.

TCHS Board of Trustees begin search for CEO 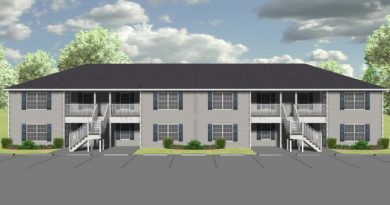