The Little Blue Natural Resources District last week announced its Little Blue Public Water Project is in an emergency situation because the system pumps can’t keep up with demand. It is also struggling to keep water towers filled, prompting restrictive use within the district.

All nonessential water use including watering lawns, flowers, gardens and washing cars should be curtailed. The ban reaches into Thayer County.

According to the district’s website, the Little Blue Public Water Project serves more than 280 tower and business hookups, or approximately 400 customers in eastern Thayer County and west and central Jefferson County, including the villages of Gilead and Gladstone.

According to the state Department of Health and Human Services, 14 municipal water systems have implemented either mandatory or voluntary water restrictions.

Although recent weather systems brought some relief to temperatures, precipitation has not amounted to enough to warrant a break in the drought. And even though Gilead received 1.4 inches of rain on July 25, the water restriction still stretches to its borders.

In the last week, three weather systems have passed over the area leaving behind spotty rain events amounting to less than an inch if any at all. According to NeRAIN, a voluntary network of weather watchers, Chester received .49 inches on July 25 and .87 inches on July 28. Hebron had .30 on July 25, .49 on July 28 and .28 on July 29.

The National Weather Service predicts a 30 percent chance for isolated thunderstorms on Saturday this weekend, while daytime temperatures remain in the upper 90s.

Relay For Life moves to Deshler 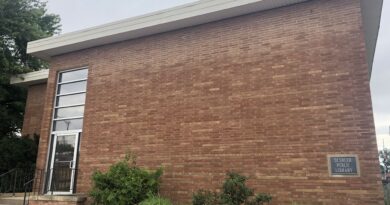