Memorial Day services in Hebron will begin at the Thayer County Courthouse, 10 a.m. May 30 and move to Rose Hill Cemetery for the Laying of the Wreath once the colors are retired.
The ceremonies will be hosted by Hebron American Legion Post 180; American Legion Riders; Sons of the American Legion; American Legion Auxiliary Unit 180; and Veterans of Foreign Wars Post 5328.
At 10 a.m., the color guard will advance from Thayer County Bank under the direction of Jerry Fink, Sergeant of Arms Post 180.
The National Anthem will be sung by Thayer Central High School Choir Rhythmaires under the direction of Sam Zitterkopf.
Glen Fischer, American Legion Post 180 Commander will give the welcome address. Thayer County Veterans Services Officer Marlin Bauhard will introduce dignitaries and the Community Choir will sing a hymn under the direction of Eldon Wolfe, followed by Zitterkopf’s solo of “God Bless the U.S.A.”
Past American Legion Post Commander, Lyle Bucholzer, will tell the story of Old Glory.
Pastor Mark Baldwin of Hebron United Methodist Church will introduce the speaker – Jane Dodes.
At Rose Hill, the Legion’s firing squad will take over once the wreath is placed by the Auxiliary. Doug Graul will play “Taps.”
Additional area Memorial Day services are in (services on May 30 unless otherwise noted):
Belvidere: May 29 in conjunction with church services at 10 a.m. Two veterans will receive Quilts of Valor in recognition for their service – Loren Else, Korea and Leila Morrison, who was a nurse on the front lines in World War II.
Chester: 9:30 a.m.
Bruning: Opera House, 10 a.m. The Bruning American Legion Post 166 and American Legion Auxiliary Unit 166 will host Gen. Charles Barr. Two Quilts of Valor will be presented.
Following the ceremony, short services will be held at Lutheran and Public cemeteries.
St. John Lutheran: 10 a.m.
Alexandria: Alexandria Legion Post 194 will welcome Major Gen. Roger Lempke as the speaker. Lempke is the former Adjutant General of Nebraska. He organized and led the Nebraska National Guard through its largest mobilization since World War II in support of the Global War on Terrorism.
Lempke joined the Nebraska Air National Guard in 1984 and launched a career in maintenance and logistics that would lead to a two-star rank and the top National Guard position in the state. In December of 2000, he was appointed Nebraska Adjutant General.
Zion Lutheran: 10:30 a.m.
Carleton Cemetery: 10:30 a.m.
Williams Cemetery: 10:45 a.m.
Mahaska Cemetery: 11:20 a.m.
Hubbell Cemetery: 12 p.m. Honor guard will be provided by Hubbell American Legion Stateline Post 317. 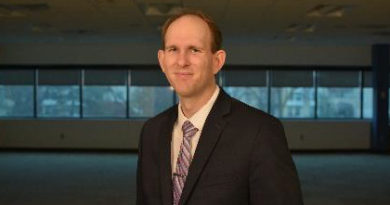