“It went fantastic. The turnout was all that I had hoped it would be,’ she said.

Across Nebraska, voting numbers were higher this election year. Four precincts in the county had been approved for mail-in voting only while the courthouse, two precincts in Hebron and one in Deshler remained open. Each precinct in the county tallied between 75 and 83 percent voter response.

“We have had a steady flow and twice as many more voters than in the primary,” poll worker Denese Sudbeck that morning.

“There were still some people who weren’t comfortable with mail and brought their ballots in. People made use of the dropbox,” Rauner said.

As for verifying ballots, it was excellent, she said.

“Everything was accounted for. A couple didn’t get delivered, and we had replacement ballots for them,” Rauner said. “When you go to all the work to put it on and have turnout, it’s great.”

The day before the election, Rauner’s office processed early voter applications to match them with names on the roster after verifying signatures, and confirmed each ballot was in the correct envelope that stay in a locked can until Nov. 3.

When necessary, voters were contacted by Rauner’s office to come in and verify their ballots.

“They were appreciative of the calls,” she said. Voters told her office they missed in person voting.

“Bring your ballot here, we told them. All we did was move their poll to our office,” she said about the four mail-in only precincts.

County skates through 2010 with no tornadoes 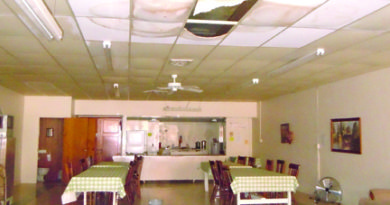