By Ally Phillips, Nebraska News Service
LINCOLN–One of the biggest struggles for maintaining bridges is funding. All Nebraska bridges receive federal and state funding.
Bridges are divided into two different categories: state and local. State bridges are maintained and owned by the state’s roads department and they are part of the federal and state highway system. Local bridges are not part of that system and are maintained by counties where the bridges are located.
For the 2013 fiscal year, Nebraska’s surface transportation program budget shows spending of $372 million on the state highway system and $78 million on the local road system, but figures specifically for bridges aren’t available.
“I think that we’ve done a very good job of maintaining our bridge system and our transportation system with, in my opinion, limited funds,” said Daniel Linzell, University of Nebraska-Lincoln’s civil engineering department chairman.
The Nebraska Department of Roads creates one- and five-year plans and allocates funds by deciding which bridges need the most work done.
“That’s a good thing we do in the state office is look at all of the bridges at once and prioritize,” Mark Traynowicz, Nebraska state bridge engineer, said.
Though Nebraska’s state bridges are in fairly good condition, Traynowicz said there still isn’t enough money to take care of all of the needs.
When it comes to the local bridges, each of Nebraska’s 93 counties is in charge of taking care of its own bridges. While some funds come from federal and state sources, the rest of the money for local for bridge reconstruction comes from the taxpayers of the county. Money comes from both gasoline taxes and property taxes.
Though budgets vary county by county, Larry Dix, executive director of the Nebraska Association of County Officials, said one of the ways to increase the bridge funding would be to increase property taxes. Dix said this option isn’t very popular and causes problems for county boards.
“We’re sort of stuck in a cycle where we know that each year we’ll probably have more structurally deficient bridges because we don’t have enough money to replace them,” Dix said.
If bridges aren’t repaired and maintained, the bridge itself or the road it’s on could potentially close.
“No matter how you slice it, it’s always about money,” Dix said.
Contact Ally Phillips at nns.aphillips@gmail.com 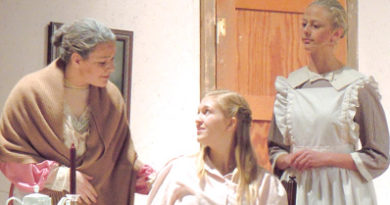