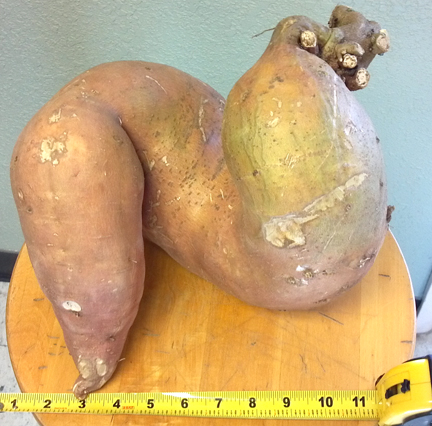 The average weight of a sweet potato grown in your back yard garden is approximately 10 ounces, and makes a good side dish to just about any entrée. On occasion a gardener will grow a monster that can feed the family for the evening meal, and maybe have some left over for lunch the next day.

LaVern Heitmann of Byron, is an avid gardener of sweet potatoes, onions, tomatoes, and just about anything else that can be found in a garden. Last growing season he produced a sweet potato that weighed in at 8 pounds, 4 ounces, and his onions typically weigh around one pound each, but it was this season’s sweet potato crop that was the most impressive.

You might be thinking that particular plant would have only produced the one giant, but that was not the case. Continuing his digging after finding the colossal spud, LaVern found there were five other potatoes on the same plant, weighing about one pound each. The vast potato is on display at the elevator in Byron with a sign proclaiming LaVern as a “Master Gardener,” and it has made for a good conversation piece while being exhibited there. 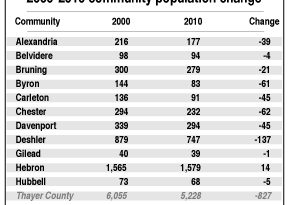