Wastewater treatment facility manager Jim Summers told the city council earlier this year that the two-year old comminuter (grinder) installed in 2008, is no longer working properly. Basically, he said, the piece of equipment was unable to keep up with the amount of debris discharged into the sewer system. At the meeting Monday night he said screens would eliminate the debris instead of grind it up. “When it comes to chopping it up, rags and other inorganic materials are still in there going around and wadding up,” he said. “That’s hard on the system. Elimination is better.”

The new comminuter, costing the city $32,796, was purchased when replacement parts for the old one could no longer be acquired. The comminuter was installed at the city’s main terminal on 6th Street in 2008.

“You have three lift stations and each has pump protection,” Monaco said. “We can assist you with an evaluation of each station.”

Hebron interim mayor Larry Fangmeier said the highest priority was at the main plant, but the 4th Street terminal would benefit from a screen. “It would cost a quarter million to do something about that one,” he said, “because it runs so deep.”

The Hebron plant was built 34 years ago. “You are getting a very good life out of your plant,” Monaco said. “Typically, 20 years is good and you are working on 34 years.”

Monaco said his company could do an evaluation, offer suggestions and submit a report to the Nebraska Department of Health at a cost of $3,500. The City approved the measure.

In other business, Attorney Joe Murray asked if any of the nuisance property owners had asked for a hearing. “No one has contacted us,” Fangmeier said. Councilman Rich Koch said one owner is making a noticeable effort in cleaning up his property, but he hadn’t seen any effort at any of the other places.

Murray said nuisance declarations will be made against the owners of 740 Lincoln Ave., 415 N. 2nd Street, 340 S. 6th Street and 148 S. 10th Street. The City will take steps to clean up the properties and assign costs to the owners.

In the meantime, Frank Calloway was allowed an additional 30-day extension in the cleanup of his property. He met with council members Monday night explaining that more cleanup measures have been taken, such as removal of all the old tires and more of the old vehicles and iron, and plans are currently in the works to burn down the house. 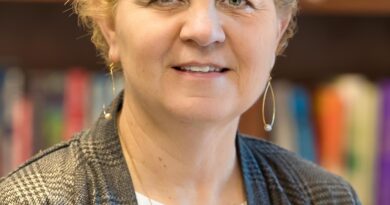