It’s a topic that’s been discussed before, but with no foreseeable alternative: Hebron’s majority contribution to the law enforcement contract which was up for renewal at Monday evening’s city council meeting.

The county police department hires out its services to communities within its jurisdiction to enforce city and village ordinances and provide other assistance in addition to its standard county enforcement.

Four of the county’s 11 communities subscribe to the program.

Currently Hebron pays $11,796 per month for a minimum of 12 hours of daily patrolling in the city limits. The contract also provides for presence and assistance at special events such as the Fourth of July and enforcement of city ordinances. Bruning and Davenport contribute $11,400 per year for one hour of daily patrolling and help with ordinance enforcement. Deshler dropped its contribution to $10,000 per year three years ago giving up its additional hour of patrols and installing security cameras in key areas around the city.

The feedback Bauer has heard regarding the issue is that most law enforcement officers live in the City of Hebron. However, telling officers where they must live can quickly become problematic.

“We have the amenities they want,” said Larry Fangmeier, city council member, and added that the officers could easily move somewhere else with these same amenities, especially if they are told to live somewhere without certain benefits. 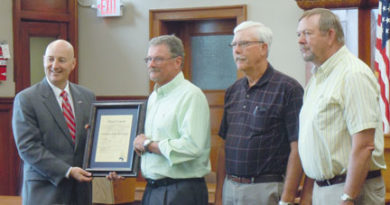 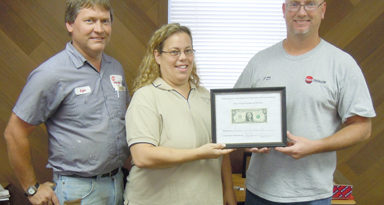