LINCOLN, Neb. — It’s 1967. Elvis gets married, Disney releases “The Jungle Book,” and Julia Roberts is born. It’s also the last time Nebraska had both snow and temperatures over 100 degrees within two weeks during the month of May before this year.

“Although it’s extremely rare, it has happened in the past,” said Al Dutcher, state climatologist in the Institute of Agriculture and Natural Resources at the University of Nebraska-Lincoln.

It looks like the cooler-than-normal temperatures of April and May are behind us.

That same area has the highest risk for below normal precipitation.

For the summer prediction, which includes June, July and August, the highest probability for above normal temperatures is south and west of a line from Valentine to Hebron.

“Farmers are 10-15 days behind planting corn,” Dutcher said. “Under normal temperatures, this crop would be projected to come into pollination during the statistical peak of the summer heat, the second and third week in July.”

Crops exposed to higher temperatures have a risk of lower yields.

“That’s when we can really take a big bite out of our crop,” Dutcher said.

But there has been some benefit to the cooler spring temperatures.

“The benefit of these cold and wet conditions has been a significant increase in soil moisture conditions across eastern Nebraska,” Dutcher said. “They have contributed to a limited recovery but are insufficient to alleviate concerns.”

Dutcher said that it is unclear whether this summer will be a stormy one.

“So far this season we have had a very weak storm season,” Dutcher said.

This in part was due to snow pack across Canada and the Northern Plains, Dutcher said.

Now that the snow pack has melted, there is a higher chance of stormy weather. 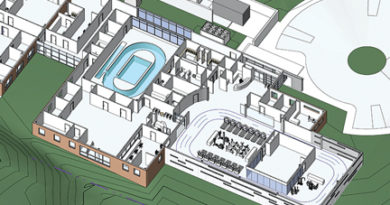