May 22: Thayer Central golfers captured the Class D title Wednesday at Meadowlark Hills golf course in Kearney, after turning in a low score of 682. The Titan team dominated the course winning over Bancroft-Rosalie by 36 points. Sophomore Jay Cottam turned in an outstanding three-over-par score on his second day making his two-day combination a stellar 153 and earning the second place individual award.  Cottam hit par on 11 holes the first day and 10 holes the second day. He also had birdies on both holes 6 and 15 on day two. His final score for the second day was 38-36-74.

Sophomore Ben Baden finished his two-day run with a total 168 after finishing the second round 44-40-84. The Titan was able to make par on four holes the second day where he also found a birdie on Hole 11. Ben earned a medal for 10th place.

Recent graduate Trent Tietjen finished his second round of play with 45 on both the front and the back for 90. He was able to reach par on five holes and birdie Hole 6 in his second day of competition. His combined score for both days was 177 and he finished the tourney in a tie for 18th place.

Caleb Krupicka turned in the final scoring for the Titan team with a total 184. The sophomore shot 43-44-87 on his second day where he hit par on three holes and birdies on holes 6 and 9. Krupicka finished 34th in the tournament.

Sophomore Thomas Feulner competed as the fifth man for the Titans finishing his two-day round with a total 207. He golfed a 52-41-93 for a combined score of 207. He was able to reach par on three holes on the second day and also turned in one birdie on Hole 14.

May 21: The Titan golf team shot its way to the lead after one day of play in the Class D state golf meet turning in a round of 347, a full 20 points ahead of Bancroft-Rosalie. The Deshler Dragons are currently in 10th place in a field of 15 teams with a total score of 410.

Pastures Weakened by Drought Will Require Time to Recover 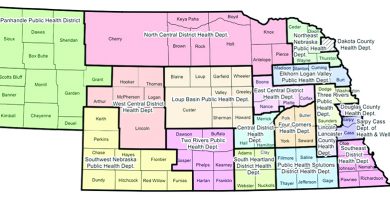