The Southeast Community College Board voted 10-1 to place a $369 million bond issue on the Nov. 8 ballot for 15 counties, including Thayer.
Replacement, renovation and addition of facilities is planned for the Lincoln, Milford and Beatrice campuses, plus the addition of a campus near downtown Lincoln and the construction and acquisition of facilities for Learning Centers in various sites.
Hebron was selected by SCC as a Learning Center site and officials are planning to use the former Thayer Central Public Schools primary building.
The official ballot question is as follows:
“Shall the Southeast Community College Area, in the State of Nebraska, issue its general obligation bonds in an aggregate state principal amount not to exceed Three Hundred Sixty-nine Million Dollars ($369,000,000), for the purpose of providing funds for the purchase, construction, reconstruction, equipping, demolition,  and alternation of various properties, building facilities and other capital assets for the College Area, which may include the following: 1. Replacement, renovation, and addition of facilities on the Beatrice Campus; 2. Replacement, renovation and addition of facilities on the Milford Campus; 3. Replacement, renovation and addition of facilities on the 8800 O Street Lincoln Campus; 4. Establishment of a campus in or near downtown Lincoln; and 5. Construction and acquisition of facilities for use as Learning Centers on various sites within the College Area; with such bonds to be issued from time to time, to bear interest at such rate or rates, to be sold at such prices and to become due at such time or times as may be fixed by, or determined at the direction of, the Board of Governors of Southeast Community College Area cause to be levied and collected annually a special levy of taxes against all the taxable property in the College Area sufficient in rate and amount to pay the principal of and interest on such bonds as the same become due?”

Bruning-Davenport gears up for beef 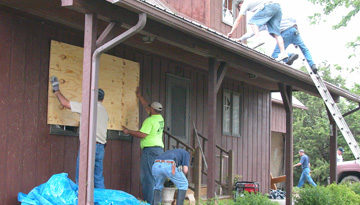