Two charges of sexual assault of a child were filed against Juston L. Schmidt in Thayer County  this week. The 38-year-old Deshler man also faces two counts of incest. All four charges are felonies.

According to an arrest summary on file at the Thayer County courthouse, Schmidt is accused of assaulting his child between the dates of May 1, 2010 and May 1, 2011.

He is currently in jail on a $250,000/10 percent bond. He is scheduled to appear for his arraignment in December. 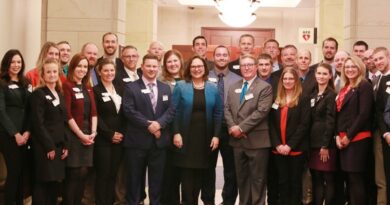 School board reaches agreement with college