“It’s been in the works for several months. We worked long hours to get this done correctly,” Edwards said.

The hospital is hoping to invest in the store’s facade, expand pharmacy services throughout the county while using innovation, such as Telepharmacy, and become a major presence.

The hospital also intends to preserve the retail side of Priefert’s.

“We want to continue that and see if there is something we could do to enhance it,” Edwards said.

“I’ve been a pharmacist for 45 years and feel like it’s time to retire,” Jack Priefert said Tuesday morning. “I think it will be a benefit for the hospital and the community.”

Edwards also introduced himself to the council and noted TCHS is a great organization made up of caring people.

“It’s nice to see someone come in with the energy you have,” Council member Kurk Wiedel said.

Edwards told the council they are welcome to visit the hospital.

“I can show you around to see what we have on the horizon,” he said.

In other business, the city has contracted with Watson Construction, LLC to build an updated concession stand.

Watson Construction submitted the sole bid for the project, and with $20,000 from the Hebron Community Foundation and $20,000 more from an anonymous donor, the cost of the stand for the city will be under $100,000 that rests in a sinking fund made up of the unspent balances of the swimming pool, parks and summer recreation because of Covid-19.

The cost of the concession stand  includes $4,000 in funds from the summer recreation parents, who had paid their fees before summer activities were cancelled due to Covid-19. They were given the choice to donate or receive a reimbursement.

Legion Baseball has expressed a need for a crow’s nest on top of the concession stand that will have to be paid for by Legion Baseball families and like donors, the city stated.

The council also had a list of ordinances to consider at the meeting, including the water rate program.

Consumption for water will decrease while rates remain the same. For example, beginning in January, the maximum cubic feet will change from 0-500 for the $10 rate to 0-250 and ride a gradual decline over a period of three years.

On utility services (electrical, water, sewer and garbage), the electrical deposit will increase to $300 to cover $260 for electrical and $40 for water services. Delinquent users will pay $50 for a reconnect fee and the penalty for late payments will rise from 10 to 20 percent.

Ordinances 937 and 938 that deals with vacant buildings and dangerous and unfit structures were tabled for further review by a council committee. The ordinances were modeled after Belleville, Kan., which has improved its community through economic development.

“We’re trying to regulate them and see that the owners have a plan,” Mayor Doug Huber said.

Ordinance 937 for vacant buildings is a blanket law and encompasses the entire city.

“It’s not just downtown, it’s any vacant building in the city that has been vacant for more than a year,” Huber said.

But LB840 committee member, Karla Joe, predicted the city will have issues with such an ordinance.

“I think you’re going to run into problems trying to regulate buildings used to store equipment,” she said.

The blanket ordinance is extra protection after a building has been declared a nuisance, city attorney, Joe Murray, said.

On Ordinance 938 for dangerous and unfit structures, Pickering said it is an attempt to address issues with buildings. 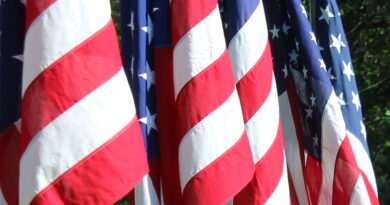 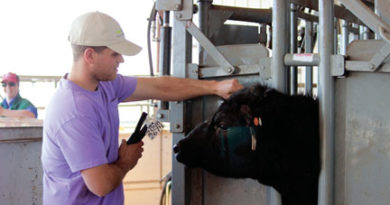