We haven’t seen accumulating snow in Thayer County since February 4, 2012, but overnight Wednesday  into Thursday morning a massive storm brought winter weather to the area. Most of the county was coated in 3-4 inches of snow, but a strong wind caused severe drifting that blocked gravel roads, city streets and highways.

While some see the winter weather as nothing more than work, others see it as a blessing for the moisture it presents. With the county deep in drought for the better part of 2012, any precipitation is considered welcome to area farmers.

Thayer County was thrust into a blizzard warning early Thursday morning; however, the storm did not hit until 7 p.m. Thursday evening when it started to snow in earnest. Rain began to fall at 1 p.m., but the temperature remained warm enough to stop the precipitation from freezing.

While the county waited for the storm to arrive, areas north of here across the state were experiencing heavy snowfall carried on 35-45 m.p.h. winds. Interstate 80 remained closed from Lincoln to Kimball for most of the day on Thursday. Schools were closed across a major portion of Nebraska, including all Thayer County schools.

Blizzard-like conditions ruled the day especially northeast of here, and well into the afternoon, ice and snow packed U.S. 81 to the Interstate.

Some areas in the state experienced loss of power, and while some noticed their lights flickering on and off, no large power outage was reported in Thayer County.

The rest of this week and New Year’s weekend are expected to see frigid temperatures allowing for little if any snowmelt. Thursday also shows a 60 percent chance for snow flurries in the local area. 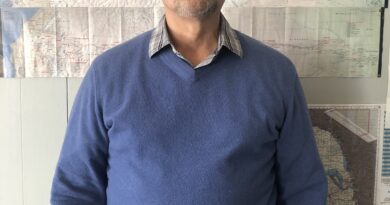