Michael Lewis, 23, who was accosted at his home in Hebron Oct. 27, 2018, by brothers Remington and Reuben Elting because of an earlier incident in Davenport Oct. 26, 2018, has been sentenced via a plea agreement Lewis signed Dec. 3, 2019.

He will serve 24 months probation for criminal attempt of using a deadly weapon to commit a felony and another 24 months for terroristic threats with an 180-day jail sentence tacked onto the end.

He was also fined $500, and will have to pay additional fees, such as $5 per day for 90 days of electronic monitoring, set to begin this week.

Lewis is living in Jefferson County with his family and working in Omaha. His probation will include work release.

During the 2018 confrontation, Lewis pointed the gun at the brothers, and shot both. Remington Elting died from his injuries and Reuben was taken to a Lincoln hospital, where he was listed in critical condition.

“The record is clear he is not being prosecuted for it. The important thing for me to know is the attorney general determined it was self defense,” Johnson said during the sentencing June 2.

Lewis’s plea agreement stemmed from a party in Davenport the night before the Eltings were shot, where Lewis and Cody Krula had left the party and returned under tense circumstances.

Lewis fired Krula’s weapon and witnesses said he pointed the gun at them.

“One of the victim’s testified he went home and couldn’t sleep. He had nightmares for a couple weeks,” prosecutor Gail Vermaas, from the attorney general’s office, said. “He (Lewis) fired that weapon into the air. This created a dangerous situation. Then, he pointed the gun at individuals, a gun those individuals knew was loaded at the time. Incarceration should be imposed.”

But under a pre-sentence investigation, Lewis had one of the lowest scores for risky behavior Johnson said she has ever seen. He also has no criminal history.

“This is a case I must tell you, there is no great answer,” Johnson said. “I think the biggest issue is the version of the truth depends on who is telling the story.”

Johnson said the series of events that followed the incident in Davenport were “horribly unfortunate.”

“He lost his house, his job, his friends and his life has been threatened. Prison isn’t the answer,” Murray said in response to the state’s case.

Murray added his parents, who are supportive of their son, have also been threatened. 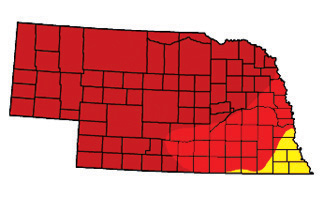