Years of backed-up debris for a 15-mile stretch along Spring Creek is being cleared by the Twin Valley Weed Management Area to prevent future flooding.
“In another two weeks, we should be in Hebron,” Project Coordinator Merle Illian said early last week. The crew was working about four miles south of Deshler, and creating huge piles of brush and whole trees.
Illian said the TVWMA hasn’t worked alone. The City of Deshler cleared a large area of debris behind the race track at the Thayer County Fairgrounds and landowners along the creek have provided in kind help and equipment.
“It’s very nice and helping to speed things up,” Illian said. “This project has been a tremendous group effort with the Little Blue Natural Resource District, Thayer County Weed District and the City of Deshler.
There have been numerous landowners express their appreciation to the NET program and the assistance that has been provided.”
Landowners are also helping to burn the piles of debris.
The project began Feb. 22 with a meeting at the fairgrounds for landowners county officials.
About 30 landowners showed, Illian said. They were asked to sign an agreement to allow TVWMA access to cross their properties and clean out the creek.
A $140,000 grant from the Nebraska Environmental Trust of the Nebraska Lottery made the project possible.
Illian said the project won’t cost that much, and the leftover will be used on the Republican River.
His agency is following a three-phase plan. Workers are first removing thick vegetation along the river perimeter with skid loaders and shears. Then, a crew of chain saw operators cuts trees within the creek’s channel, and hanging trees that could fall into the creek. The final phase will see excavators removing timber and placing it on the edge of the creek’s bank.
“Any sightings of phragmites or salt cedar is also being recorded and will be sprayed later this fall,” Illian said.
The log jams and timber are impeding water flow, Illian said. Residents in the county will not soon forget the evening of May 6, 2015 as the county was drenched in 13 inches of rain over a six-hour period.
“Considerable damage from flooding occurred in low lying areas, including fencing, crop damage, homes and out buildings. Over 200 head of cattle perished. 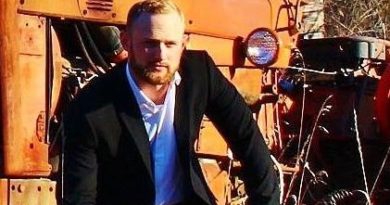