Aeolus Energy, headed up by Thayer County native Gary Aksamit, announced today that it will soon begin construction of a meteorological tower (Met tower) for the Thayer County Wind project.   Met towers measure the amount of wind present in an area and provide an indication of how much electricity may be generated by a wind project.  The tower should be installed and operational no later than the second week of August.

“We’re very excited about this next step in our efforts to help bring a wind energy project to the people  of Thayer County,” Aksamit said.  “We’re in a very desirable situation because the Met tower will be operational in August giving us some fall wind data, and we’ll also be able to get the wind data from the windiest first months of the year next spring.  This should give us excellent information on the viability of a Thayer County wind project and enable us to move forward fairly quickly after that,” Aksamit said.

The first Met tower will provide a basic benchmark on the available wind in Thayer County.  Aksamit said that as the project moves forward as many as six other Met towers may be constructed across the footprint of the entire wind farm project.

Construction will begin the first week of August and will take a few days to build.  The 196-foot tower will be located four miles east of Highway 81 on the Monument Road and is being built by GPCo but Aeolus will own the tower.  The “footprint” of a Met tower is less than an acre and the inconvenience to the landowner is very small.  As soon as the tower is up it will begin tracking wind data immediately. 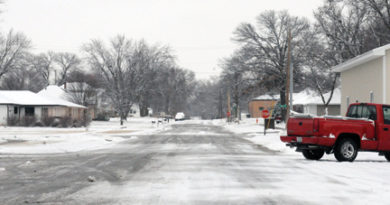 Maybe a “White Christmas” After All 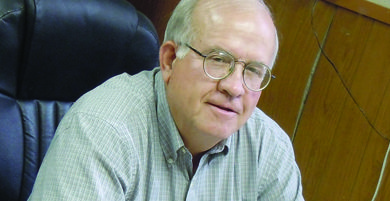