On Tuesday, Jan. 13, the students of Thayer Central high school received a visit from the 2014 crowned Miss Nebraska, Megan Swanson.

Swanson, 21, of Omaha, is reaching out to schools across Nebraska to promote health and wellness; however, it’s not just the physical aspect she’s after.

The six-foot, Omaha native shared her journey with students: one in which she realized that her mental, spiritual and emotional health was just as important as her physical well being.

At the end of her speech, she shared a song she wrote called “Dwell.”

Swanson became involved in Miss America when she decided, on a whim, to enter the Miss Nebraska pageant. But first, she had to win another contest. With no prior experience with pageants, Swanson entered the Miss Douglas County contest and, against competitors with far more years of experience, won the title.

Swanson was eventually crowned Miss Nebraska and is dedicating her campaign to total body wellness: spirit, soul and body. She also travels the state as an ambassador promoting the Children’s Miracle Network Hospitals, the national platform of the Miss America Organization.

Swanson is studying commercial voice and music business at Belmont University in Nashville, Tenn. She has released two singles and is working toward a career in the contemporary Christian music industry. 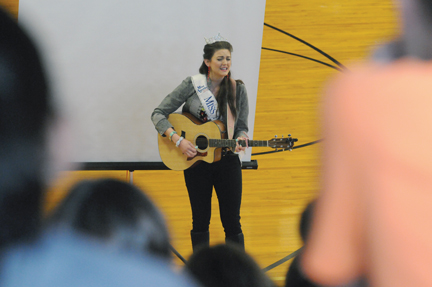 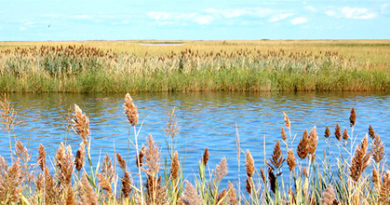