Reinke will have its center pivot irrigation systems featured on the TV show ‘How It’s Made,’ on the Science Channel. The episode is set to air on Thursday, September 17, at 8 p.m. (CT).

Last summer, a film crew visited Deshler to capture footage of what goes on inside Reinke’s manufacturing facilities and the process involved to install a center pivot irrigation system. Carlson Irrigation out of Shickley provided a crew to help install the system.

‘How It’s Made’ has been showing viewers how everyday products are made since 2001. It remains one of the highest-rated shows on the Science Channel, a member of Discovery Communications.

Reruns of the Reinke center pivot irrigation episode will run many times following the original air date. Check with your provider for access or check local listings on the Science Channel website,www.sciencechannel.com/schedule. 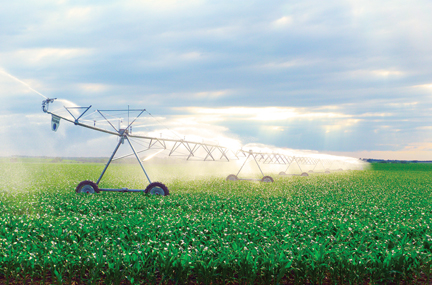