Sewer rates are going up, but not water, says the Hebron City Council.

At the regular meeting on May 7, the officials agreed to raise the sewer service fee to $6 inside the city limits and $10 for rural customers. A surcharge fee of $1.30 for each 100 cubic feet of water is also included in the raise for a minimum monthly rate of $8.91.

Council president Larry Fangmeier said the sewer rates prior to the raise were not adequate as the City had consistently lost $5,000 a month for the last few months. “A lot of our costs are infrastructure and the fact that we have two individuals working at the sewer plant,” he said.

While one employee is working under certain restrictions due to illness, another is being substituted in to complete necessary tasks. “Our sewer rates have not been raised in a very long time,” Fangmeier added, and said the raise was necessary to get back in the black ink on the utility.

A detailed publication of the new ordinance (#835) can be found in the legal section of the Hebron Journal-Register, and is currently kept on file at the Hebron City Office.

In keeping with the underground system, the city leaders then turned to a new sewer project that will be getting underway very soon on the northern edge of Hebron. MetalQuest is currently requesting to hook into the city’s system because a planned expansion will tax the company’s septic tank. At the same time, the City of Hebron would like to extend the current system to the property cordoned off for a future community center at the north edge of town and across Highway 81 from MetalQuest.

Initially the project for the City was supposed to cost $50,000; however officials were told the new system’s pipes must be sleeved which, in essence, triples the cost. Fangmeier said that with the help of TIF funding and dollars from the Community Center funds, the city has the potential to cover $219,000, well over the estimated $155,000 for the project. MetalQuest will connect into the City’s system on the north side of Dove Road on the planned Community Center property.

In other business, Howard Mills reported over 300 volunteer hours have been recorded since work started on the Pioneer Center in downtown Hebron. He said 35 volunteers have shown up consistently to make the area a viable and attractive public meeting place. “We’re getting a lot of interest, people are walking by and sticking their heads in to see what’s going on or how far along we’ve come,” he said. “We’ll have it ready for use this summer – already have it booked for an arts and crafts show on the Fourth of July.”

The City earmarked $50,000 to improve the place and is currently under budget by about $9,000 due to the volunteers.

Mills asked if new furniture could be purchased, specifically chairs. “I’m getting rid of the old couches and love seats and want to furnish the place with chairs only,” he said. “But the last time we asked for furniture donations, it cost the city a lot of money to haul away all the junk, so I’d like to just go with new.” The city leaders agreed and gave Mills the go-ahead to make the necessary purchases.

In further business, the council agreed to install two cement pads for campers at Riverside Park at a cost of $1,800 and plan to install two more in the near future.  Funding for the project will come from the city sales tax account which is currently carrying a balance of approximately $280,000.

And rounding out the night’s agenda, the council announced Majestic Theatre owner Carla Gebers said she will keep the local movie venue open throughout the summer; appointed Emily Seifert to the Park Board; tabled a new Pit Bull ordinance; and will discuss animal control with current dog catcher Stephanie Willhite next month. 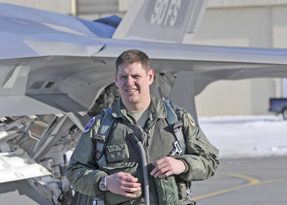