The U.S. Postal Service is considering shorter hours at rural offices across the nation in an effort to offset billions of dollars in losses expected this year. Seven in Thayer County are on the “hit list.”

Postal customers in affected communities received surveys earlier this month outlining four options being considered by USPS including reduced post office hours of operation; curbside delivery; development of a village post office; or the creation of a post office box service at a nearby business.

According to the USPS website, results of the survey will be shared at a series of community meetings.

Todd Case, who manages area post office operations from Lincoln said 87 of the 109 rural post offices in his 683 and 684 zip-code domain will be affected.

On Nov. 1, the USPS will hold an informational community meeting including survey results in Alexandria at 6 p.m., at the American Legion Post at 208 Harbine St.
Postage going up

The USPS also announced last week that it will cost a penny more to mail a letter next year. Beginning Jan. 27, 2013, a stamp for a first-class letter will cost 46 cents.

It also announced the premier of a new global “forever” stamp, allowing customers to mail first-class letters anywhere in the world for $1.10. Current prices vary depending on destination.

The Postal Service, by law, cannot raise stamp prices more than the rate of inflation, or 2.6 percent, unless Congress gives approval. Although USPS has asked to raise the rate by five cents, lawmakers have failed to move on the issue.

The mail agency will also increase shipping services, such as Priority Mail by an average of four percent.

The latest rate increase will not be enough to overturn the Postal Service’s losses caused by the economic downturn, movement of mail to the Internet and a congressional requirement that USPS fund future retiree medical benefits years in advance.

The Postal Service has also asked Congress to allow it to reduce mail delivery from six to five days per week.

Because stamps are now being issued as forever stamps, they will remain good for first-class postage, but buying new forever stamps will cost more when the price goes up in January. 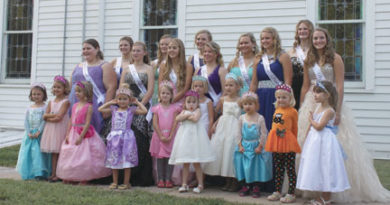 Tietjen steps in as chamber director