The Thayer Central wrestling team opened its season in Friend Saturday at the annual Bob Arehart meet. The Titans managed to collect 80 points for a seventh place finish in a field of 13 behind returning senior Trevor Hartley who claimed the championship in the 182 weight class. Hartley, a three-time state contender defeated his first three opponents in the regular pool-play matches, then defeated Matt Wright of Fillmore Central, 4-1, in the semi-final. In his final match of the day, Hartley defeated Josh Mooney of Centennial, 6-4, to claim the championship.

Sophomore Cody Krula, wrestling at 138, also managed to enter the championships, but fell to Jared Kuta of Palmer, 11-5, to finish in second place. Prior to the final, Krula defeated four opponents in a round-robin format including Alec Lisec of Dorchester, 6-5, in the semi-final.

Junior Clayton Hintz, wrestling at 145, managed to win his consolation match against Zach Nelson of Milford in 2:53 to take a third place win overall. Hintz was 2-1 before entering the consolation rounds.

Collecting fourth-place wins for the Titans were senior Michael Feulner and junior Dalton Kenning. Feulner, wrestling at 152, managed to defeat three opponents in pool-play before falling in his fourth match to Andrew Bader of Centennial, 5-4. The loss placed him in the consolation final where he fell to Grant Hitchcock of Friend – no score was given. Kenning, wrestling at 132, had a particularly rough day going 1-3 before entering the consolation final. There he fell to Brandon Schwisow of Dorchester – no score was given.

Other wrestlers competing at the meet included sophomore Zach Mumm at 132, freshman Preston Brinnegar at 145, and freshman Tyler Hergott at 145.

The Titans, under the tutelage of Brett Larson, return three seniors in the way of  Feulner, Hartley and Remmers to the 2011-12 wrestling mats.

The squad heads to Crete this Saturday, Dec. 10. Matches begin at 9 a.m. 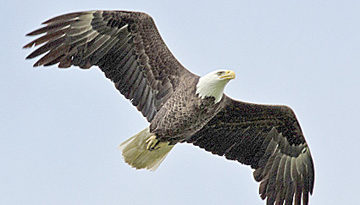