The Hebron City Council was scheduled to close the 1st Street river bridge July 8, but the city council postponed that because of the high water levels in the river.

Tuesday morning, the council met for a special meeting to run through several agenda items. The bridge closed within an hour after the meeting. In May, the council approved a bid of $79,981 for the approaches to the bridge.

There is no timetable for the closing. Mayor Doug Huber said he doesn’t know when the construction will be finished.

The council also approved $134,000 plus engineering costs for one-half mile of asphalt from the Spring Creek bridge to Lincoln Avenue. That project is slated for the spring.

Huber said they will pay for the asphalt by either entering into a bond or borrowing funds from electrical.

First up on the agenda was the law enforcement contract the council tabled at its July 1 meeting, where councilmember Kurk Wiedel said a law enforcement officer from the sheriff’s department should give reports at city council meetings.

At the Tuesday meeting, the council approved the $11,796 per month contract with the revision an officer give brief reports at meetings.

Councilmember Tim Pickering pointed toward the sheriff’s calls for service for Hebron and said the contract breaks down to the sheriff’s office providing services to the city for $17 per hour.

But councilmember Denese Sudbeck wanted to know about coverage during the overnight hours because the contract stipulates the sheriff’s office will be on duty “no less than 12 hours per day,” which includes training, reports and court time.

“There were three calls over the last year and a half that weren’t responded to,” Sudbeck said. “The outcomes of those calls could have been different.”

Sudbeck said the calls came during the overnight hours.

In other business, the council briefly discussed an electrical project for Landmark Implement, which was recently annexed into the city. The discussion is ongoing, but Huber said once the details of the project are finalized, the city should move quickly to complete it.

•345 Willard — Broken windows, trash accumulating and an unlicensed camper. The property was mowed the day of the council meeting July 1;

327 N. 2nd St. — Property was taken off the city council’s agenda because the owner had made an effort;

130 S. 7th St. — Unlicensed vehicle parked at cheese plant, which has been locked for some time by creditors, the council reported;

726 Jefferson Ave. — Property has been cleaned up;

310 Jefferson Ave. — The council approved a motion to declare the property a nuisance. The property had been on the council’s list before and was taken off. Owners are sent a nuisance letter and must respond within 30 days;

528 Charles Rd. — Property will be left on agenda. Owner’s address is Beatrice;

226 N. 2nd St. — Progress at this address will be supervised by the council;

437 N. 3rd St. — May have foundation issues, the siding is coming off and the yard is never mowed. Owner has contacted the city;

810 Lincoln Ave. — No action after discussion; and

The shut-off date is the 30th for the previous month’s bill. 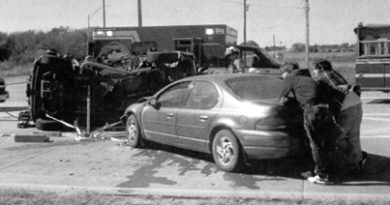