Simon Wiedel, junior at Thayer Central, ran a personal best in the 100 meter dash at the Superior Invite of 10.57 seconds: the lowest time of all classifications in Nebraska.

Simon Wiedel turned heads Tuesday with his racing in the 100 meter dash. Wiedel was competing against St. Cecilia’s Jake Kadow, the other fastest sprinter in Class C.

It was perhaps this very competition that helped him to run his personal best: 10.57. This time, as it turns out, is also the lowest mark among all Nebraska state classifications.

Wiedel was named Outstanding Male Athlete at the invitational. 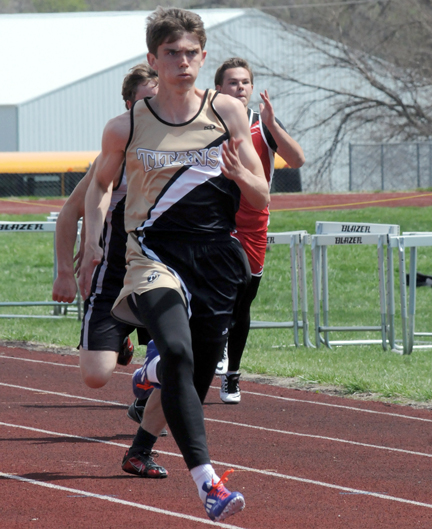 Harvest in Progress but Slowed by Rain