The Thayer County Sheriff’s Office made two domestic assault arrests in Hebron over the weekend.

Steckly is alleged to have hit his intimate partner and has been charged with domestic assault, a class 1 misdemeanor. He is currently in the Thayer County jail and is scheduled to appear in Thayer County court on Sept. 15.

Austin Virus, 26, also of Hebron, was arrested at 12:45 a.m., on Aug. 22, after deputies responded to a 911 call from a residence in Hebron. According to Sheriff David Lee, Virus was reported to have been armed and holding an infant hostage inside the residence. Once authorities made contact with Virus, he exited the house and went peacefully with local police.

Although formal charges have not been filed as of Tuesday, Aug. 26, according to the Thayer County Sheriff’s Facebook page, Virus was arrested for kidnapping, strangulation, making terroristic threats, child abuse, domestic abuse, disturbing the peace and possession of drug paraphernalia.

A public defender has been assigned to Virus’ case. He is currently in the Thayer County jail with no bond and is schedule to appear in Thayer County court on Sept. 15. 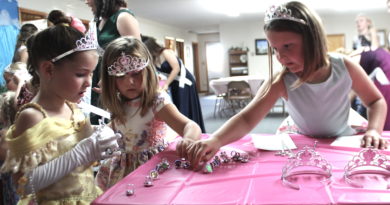