The Zion Lutheran Church Congregation cited decline in population in Hubbell and the surrounding area as part of the reason the church will hold its closing worship service with Nebraska District LC-MS President Rev. Richard Schaffer Jan. 29 at 3 p.m. A reception will follow.

A shrinking membership also contributed to the difficult decision after 117 years of service.

In 1905, several members of St. Paul’s Lutheran Church in rural Gilead decided a new church was needed to serve the communities of Hubbell and Williams and the outlying area. Zion Lutheran organized by October. The first church building was a few miles northeast of Hubbell. Rev. August Busse of Gilead served as the pastor.

According to the history of August Heinrich Carl Fangmeier, the land was purchased from Joseph Lamb by brothers, Fred and Ernest Rodenbech and presented to the congregation. The church itself was built by members of the congregation and dedicated Feb. 4, 1906.

The church has an altar, baptismal font and pulpit hand crafted by August Fangmeier — Fangmeier made at least nine altars and three are still in use in Thayer County at St. Paul’s in Gilead; Trinity Lutheran Friedensau and Zion Lutheran in Hubbell.

He also crafted baptismal fonts and pulpits for most of the churches.

Community center back on table 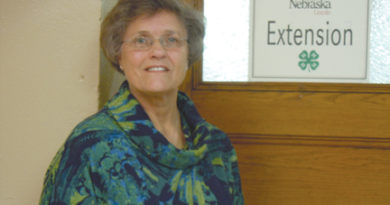