No matter what conversations take place, blueprints get revised or dollar figures get adjusted, if the commissioners want to keep the third floor of the courthouse in use, they’ve got to put in a $350,000 fire escape.

“Even if we do nothing more?” Asked commission president Dave Bruning.

“Even if you do nothing more,” answered Bob Sleight of the Nebraska State Fire Marshal’s office. The third floor of the 110 year-old courthouse is not compliant with today’s fire codes and that means a potential for loss of life, he said. “We have to look at it that way – life safety, not dollars and figures – although we do understand cost is an issue.”

Commissioner Dean Krueger told the fire marshal he was frustrated having found out about the requirements after starting the remodeling project.

With the additional requirements, the cost of the entire project has breached the $1 million mark.

“Architects are required to submit plans to us, especially for the remodeling of public buildings,” Sleight said. “Regardless, our office should be in every courthouse and every school every year, but while the workload has increased, man power has not.” Had the courthouse been inspected every year, the fire escape would have been required sooner, Sleight said, and reiterated with the increased workload and not enough manpower the office rarely makes it to these public entities for inspections until remodeling plans or updates are submitted by architects, in other words, until his office is actually called in.

He said he’s been with the fire marshal’s office for 27 years and does not remember ever inspecting the Thayer County courthouse.

The fire escape requirement sort of snowballed after a courtesy walkthrough by a U.S. Marshal for security improvements were submitted to the architect who in turn submitted the security plans to the fire marshal’s office. At the same time a second courtesy walkthrough by a fire marshal who was not officially sent, but happened to be in the area also took place. Both noted the third floor issues; one exit and no sprinklers.

“So, even though the fire inspection wasn’t official, we’re still responsible for the tower?” Bruning asked.
“Well, once the cat’s out of the bag…” Sleight said shrugging and quickly added, “Once we’re involved, we cannot walk away from it.”

The only way now to get away from building the tower would be to close the third floor, but if the commissioners decide to use it for storage, sprinklers would still have to be installed. “People would still be using the third floor, searching through files, whatever,” Sleight said. “We have to look at life safety.”

The entire remodeling project hinges on the third floor, however, because the idea was to combine both county and district courts into one secure environment. Currently there is no state mandate or time line to make courtrooms secure, only suggestions and guidelines, which is the reason for the renovation.

Bruning then asked Sleight what would be required if the county were to build an annex between the courthouse and the sheriff’s office in order to completely close the third floor. Sleight said his office would look into it and get back to him, but most likely would need to see plans first. Completely closing the third floor would eliminate the need for the tower, he said. “We don’t care if you build an annex – we’re neutral – as long as it amounts to safety for life.” 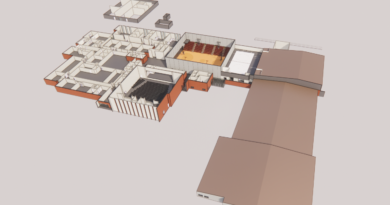 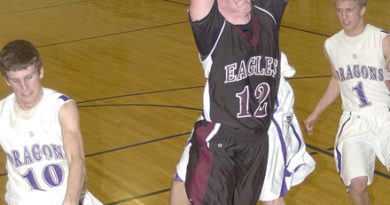