“I think it’s done now,” said the elderly woman under the hair dryer.

Hairstylist Elaine O’Neal, and owner of Elaine’s Beauty Salon in Hebron, pushed up the dryer her customer, Geneise Braun, was sitting under and ran her hand over the newly permed hair.
Braun, 96, is a particularly special customer because she has gone to O’Neal since she began her beauty shop business 57 years ago.

“I said to her ‘you know Geneise, as many years as I’ve done your hair you’ve never complained about your hair.’” said O’Neal. “And she said, ‘well, I guess it’s just always been done nice.’”

O’Neal started her first business on August 8, 1958, after she completed beauty school. She started the business with another woman, Bess Harmon, in the space that Hannah B’s now occupies. After three months, O’Neal took over the entire business and eventually moved to a building between the Hebron Journal-Register and Central Market on Lincoln Avenue.

She recalled with amusement that when she was younger, she never knew what she wanted to do. Eventually, she decided on beauty school.

Now, 57 years later, she regrets nothing.

“Every day is different. It never becomes boring,” said O’Neal. “I love doing hair. I have skipped eating lunch to do hair.”

Customers, like Braun, make it all worthwhile, especially in a small town.

“I know all her kids and she lived next door to me,” said O’Neal. “That’s how small towns work. Everyone knows everyone … now her daughter lives next door.”

She enjoys the unique bond one shares with their hair dresser and can recall many stories. For example,  one woman came to her shop straight from the doctor’s office and told her about her pregnancy before she had even told her husband.

“They’re just like family,” said O’Neal. “You see them … and get to know their families.”

“I feel like a ray of sunshine,” said O’Neal, speaking of the small group that gathers outside the nursing home beauty shop door waiting for her to arrive. She knows there’s nothing quite like getting your hair done.

“Most of my classmates have retired,” said O’Neal, who feels nowhere near ready to stop any time soon.

She can’t imagine doing anything else. 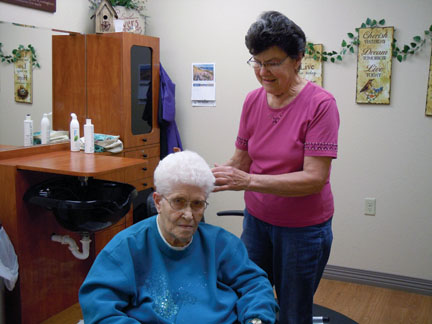 Wind can save our water 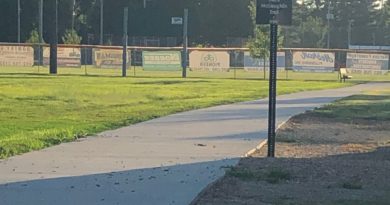