The Thayer Central Board of Education has approved improvements for the summer, which were already accounted for in the district’s budget and currently totals $199,585.
The list of upgrades includes school security. About half of Thayer Central’s doors are keyless entry via card or fob and are on schedules.
“One of the nice features about that is we can set the doors on schedules to be locked or unlocked,” Superintendent Drew Harris said.
In a more serious situation, the doors would not be accessible to most of the cards or fobs, Harris said. The only people with access would be part of school administration, law enforcement or the fire department.
Steel doors and sheet rock will replace the current doors and doorways. The narrow, rectangular windows in the doorways will be covered with sheet rock.
Harris said the windows provide no cover for students.
“There is no place to stand in some of those rooms out of the line of sight,” Harris told the board.
A square window will be in the upper middle of the steel doors. Its placement is strategic — if someone breaks the window and tries to reach in, their hand will not be able to reach the door handle from the inside.
Harris said the school is going to upgrade a test room.
“If we feel comfortable with it, we’ll proceed to other classrooms,” he said.
Additional improvements will cover flooring in the gymnasium, lobby and cafeteria; finishing up four classroom remodels; plumbing in lights in the high school locker room; epoxy flooring in the elementary locker room; sidewalk repairs and painting.
On the future list for the district are renovate the high school lobby and restrooms; ceiling and lighting in the metals area; high school business room improvements; and air conditioning in the high school gymnasium.
The district is also trying to keep the afterschool program going, which ranges from eight to 20 children.
Elementary principal, Kurk Wiedel, said the program’s life hinges on staffing. Two people have applied for the position.
Wiedel also mentioned the elementary will welcome 41 kindergartners in the fall while first grade will usher in 20 students.
The elementary held a step-up day. Students had a chance to spend about 30 minutes with the teachers they will have next year.
Wiedel gave the board a summary of the school’s bank teller program, which hosts approximately 120 students.
Additional school news included the FFA Greenhouse Grand Opening May 16, with plants for sale afterward, and a possible all-school musical next year, which may cancel out the One Act.
Students are excited about the prospect, Harris said.
In other news, administrators and staff will visit Sandy Creek May 22 to have a look at its Career Pathways program.
The district’s auction is June 15. The house and several outbuildings next to the football practice field will be auctioned. Older tables from the cafeteria are also on the list, along with kindergarten chairs, universal weight machine, croquet sets, tents, two electric ranges, two refrigerators and a variety of other items. 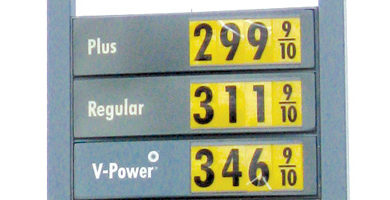