Thayer County Commissioners heard updated information concerning a meteorological (MET) tower last week. A local Thayer County wind group is currently planning to install the tower approximately four miles east from U.S. 81 on Road Q, or more familiarly “Monument” road. Representing the group, Gina Hudson said a projected installation date is set for September. “But you know how things go,” she said. “Something may come up to delay the process.”

In the meantime, aerial sprayer Stuart Sutton, Chester Flying Service, Inc., and representing NATA (Nebraska Aviation Trades Association) questioned whether the guy wires on the 60-meter tower would be visible to aircraft. He suggested using bright yellow line covers or large orange safety balls. Hudson said the group had looked at the balls, but would consider the line covers, otherwise the tower itself is painted and a strobe light has been installed at the top.

Gary Miller, chairman of the Thayer County Planning and Zoning Committee told the commissioners that having the tower painted and strobe light in place were part of the agreement to allow the group to install the tower, and since it was taking place, the P&Z had no problem with installation.

The MET tower will gather information for a projected wind farm.

In June, the board gave approval to hire a project manager for a state communications tower. Plans for such a tower and a  $99,000 Homeland Security grant obtained five years ago were put on hold when officials were unable to secure land to install the tower.

At the commissioner’s meeting in June, Southeast Nebraska Emergency Management Governance Board member B.J. Fictum suggested the commissioners hire a project manager to take on the duties of the project at no additional cost to the county.

The communications tower will aid emergency workers by linking the county to a state-wide interoperable public safety communications system, but since five years have elapsed, the price tag for such a tower has increased to $154,000. The commissioners approved the price and gave the go-ahead for the project manager and installation of a tower. 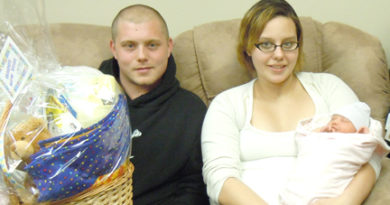 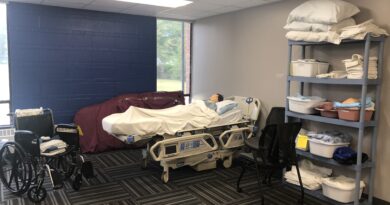