“Basically we advocate for victims and get them whatever they are in need of,” said Mindy Burns, program manager at the Crisis Center.

The Center has a 24 hour crisis line for domestic violence, provides shelter for victims, accompanies them to court, helps get protection orders and medical attention, among other services. It covers Fillmore, Gage, Jefferson, Saline, Seward, Thayer and York counties.

To promote DVAM, the Center has been moving a group of red silhouettes across the seven counties they serve and placing them in front of courthouses, churches and hospitals.

Last week, the silhouettes could be found in front of the Hebron courthouse.The cutouts were all in the shape of a woman or child, each with a plaque telling the story of those, usually local, who suffered from domestic violence.

Burns believes that it is important for people to be aware of domestic violence because it is still an issue.

“It’s still an ongoing problem like with all the NFL [player domestic violence] issues,” said Burns. “People should be aware that it’s still going on.” 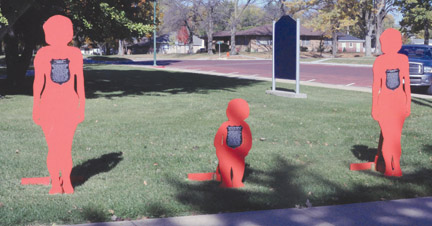 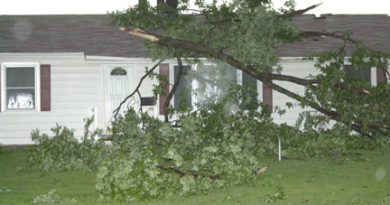 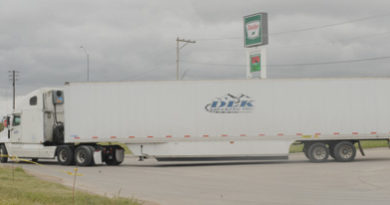