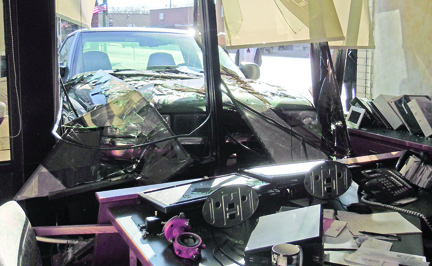 Johannes D. Dittbrenner  was taken to Thayer County Health Services for a quick checkup after driving his 2000 Chevrolet pickup truck into the Thayer County Bank glass wall Monday afternoon at 1:51 p.m. According to an accident report released Wednesday morning, Nov. 14, the Belvidere man who turns 89 Friday, said he was attempting to park in front of the bank on Lincoln Avenue when he inadvertently stepped on the gas pedal instead of the brake. His vehicle sped forward and hit the building coming to rest inside the office of Thayer County Bank president Pat Kenner. The bank was closed due to the Veterans Day holiday and Kenner was not in his office. No injuries were reported; however, the pickup sustained approximately $1,000 in damages while the bank had approximately $10,000 in damages. No alcohol or drugs were suspected. Dittbrenner was wearing his seatbelt. 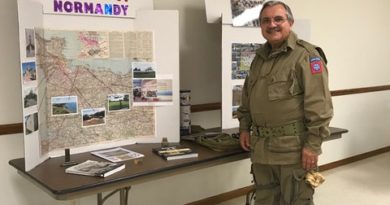 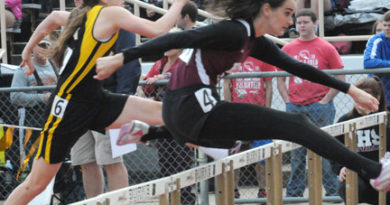