Field meet held in Omaha. In all, two relay teams and four individuals earned medals as the titans placed in 10-of-17 events scoring 70 points over a field of 55 schools. Ord finished second with 43 points while Freeman was third with 35.

Recent graduate Greg Dightman finished out his high school career collecting 18 points for the Titan squad after finishing second in both the 100 meter dash (11.05) and long jump (22’6.25”). He also earned a couple of points for his seventh place finish in the 200 meter dash (23.25).

Classmate and recent graduate Dalton Kenning finished his high school track career at the state event after clearing a 13’6” bar to finish fourth in the pole vault and earn five points for the team.

And rounding out the individual performances, classmate Kalen Wenske managed to collect a point after turning in the eighth fastest time in the 800 meter run (2:01.82); however, the recent graduate wasn’t done there. He ran as anchor on both the top winning 1600 meter relay team and fifth place 3200 meter relay team. He teamed up with juniors Jared Marsh, Trev Mumm, and Jamie Lange in the 1600 where the squad raced the circuit in 3:30.71 for the win and ten points. Recent graduate Russ Heitmann then joined Wenske, Marsh and Mumm in the 3200 relay to earn four points with a fifth place win in a run of 8:21.30.

Thayer Central junior Megan Bulin returned to the state venue this year as the sole representative of the women’s Thayer Central track team. She finished tenth in the shot put event after pushing the weight 37’4.25”.

Thayer Central is coached by Bryan Solomon and Deb Vorderstrasse.

Freshman Catherine Mick led the way as she finished first in the pole vault with a leap of 10’8”, earned a bronze medal in the 100 hurdles (16.11) and finished sixth in the 300 hurdles (49.57) for a total of 19 points. Older sister, junior Jennifer Mick, added six points after finishing fifth in the 100 meter dash (13.09) and seventh in the pole vault (9’6”), and recent graduate Taylor Houck earned eight points after pocketing a silver medal for her performance in the 100 hurdles (15.95) to round out the individual performances.

The Mick sisters then joined junior Jill Schroeder and freshman McKenna Schardt to snag a silver medal in the 400 relay for eight points after running the circuit in 50.95. Schroeder, Schardt and Houck then grabbed Christina Swartzendruber for a seventh place finish in the 1600 relay (4:21.37) to give the Eagles team its final two points.

The Deshler Dragons are coached by Shannon LeFave. 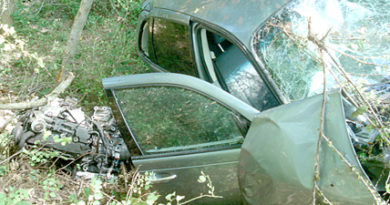 Committee on track to save Majestic