The Hebron Seniors continue to advance in the C-5 Area 5 tourney after defeating Geneva, 5-4, in game 9 of the series. The victory pits them against Davenport-Edgar Monday night at 7:30 p.m. Davenport-Edgar defeated Wymore 15-0, then Daykin-Meridian 10-0 prior to the match up against Hebron.

The Hebron Senior Legion Baseball Team earned a win in the first round of the C-5 Area 5 tournament Thursday afternoon. In the first game of the tourney, Hebron upset Lawrence-Nelson 5-3 in seven innings. The victory sends them to game nine of the series on Saturday, July 23 at 5 p.m., against Geneva. Geneva defeated Adams/Sterling 6-4 in game two of the series.

No. 1 Davenport/Edgar (8-2) rounds out the bracket and will play the winner of the Wymore/Tecumseh match up that day, at 5 p.m. 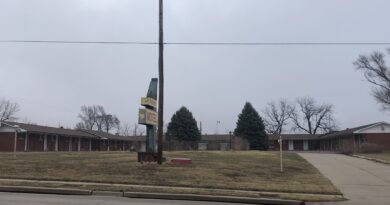