Many in the county are still feeling the impact from the severe storm that hit southeast Nebraska in early May. Much of those still assessing and fixing the damage are farmers and ranchers.
Livestock were lost due to the high waters and many fields were flooded. Most damage occurred along Spring Creek and Little Blue River. Some crops were damaged along minor creeks where water stood.

“Last I heard, 66 cows and 135 calves [were lost],” said Bill McPherson, Thayer County Emergency Management director. “1,500 major crop damage and 1,000 destroyed meaning no crop will be planted this season due to heavy silting and sand and gravel and debris deposited … A hard thing for people to understand is that many of the losses are going to be in things producers need that are not covered by insurance. Fences for instance can be $3,500 per lineal mile. That can add up in a hurry. Also, some producers have to maintain drives, waterways, and do earthwork that is not covered. All expenses they have to stand on their own.”

One such rancher replacing his fence is Gregg Wiedel.

Wiedel estimated that about $50,000 or more was lost in livestock.

“And that would be on the low side,” said Wiedel.

He is still unsure how the storm will affect feeding.

“The cattle that we got out of high water seem to be doing quite well. We’re watching the calves that were in high water for pneumonia and other diseases,” said Wiedel. “Some people’s cattle were cut so they’re watching for infection. Cattle seem like they are pretty resilient. They get through a lot of stuff.”
Farmers also had a lot of cleanup from the debris that was washed downstream and ended up in farm fields and pastures.

There was dam damage from where the water came up so fast that it spilled over and started to erode the dams. In some of the terraces in fields water couldn’t escape fast enough so there were erosion problems there as well.

On the farming side there was a lot of crop loss.

“There’s silt that’s out there and some of the top soil that was washed away,” said Wiedel. “There’s going to need to be replanting. A lot of crop inputs were lost due to high water.”
Pastures were also damaged when they were covered in sand and silt.

“I got some pastures that were down along the creek and I don’t know when I’ll be able to graze them again due to the sand and silt,” said Wiedel. “There’s like two to three inches of mud and sand deposited. The grass won’t grow as well. It will probably take a couple of years for the pastures to get back to where they were before.”

With all the damage, Wiedel foresees struggle ahead for the county.

“With the replanting of crops, we’re getting later in the season: the yield will not be there,” said Wiedel.  “There are finances that people were not expecting and that does hurt the whole county … down the road it will have an impact.”

Despite extensive damage, some fields that practiced conservation methods, saved themselves from a lot of potential destruction according to  NRCS resource conservationist Aaron Hird.

In one case, on two adjacent fields, one field had a cover crop growing on it and the other field was conventionally tilled. The conventionally tilled field had standing water on it while the field with the cover crop had very little water movement across the field and very little standing water. After such a significant rainfall, Hird was impressed to see what a difference a conservation practice can make.

“The water infiltration rate after six years of cover crops changed this field drastically,” said Hird. “I can’t believe that [the producer] was able to infiltrate ten-plus inches over an 11 hour storm event.”

Since this has been declared a disaster area, the county is hoping for assistance from the government to rebuild “but the wheels turn slowly and people can’t wait,” said Wiedel. “You just have to see what has to be done and start taking care of the problem.”

Despite these setbacks, farmers, ranchers and many others are set on moving ahead to get back on their feet.

“After the initial shock you start figuring out what you need to do. You just go ahead and tackle the problem,” said Wiedel.

“I expect this disaster to be like most hardships experienced by Thayer County in the past,” said McPherson. “People will pick themselves up and move forward like we always do.” 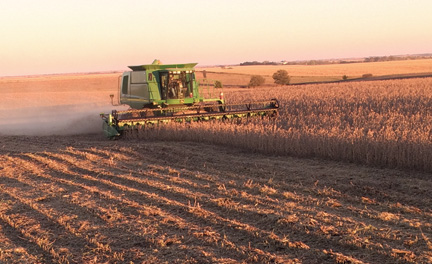 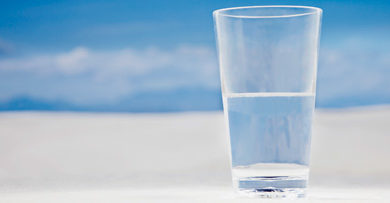 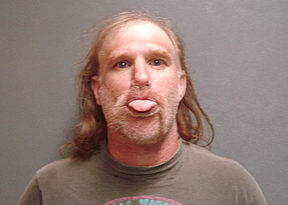