“Fairbury’s numbers have been down the past few years and they expect them to be down the next few years,” said superintendent Drew Harris. “Because of this they approached us and asked if a joint softball program would be of interest to us.”

Typically the Fairbury softball program had around 15 girls interested in playing, but in the past years there have only been 8-10 girls on the roster.
Although a few athletes are still undecided which sport they want to participate in, right now it is estimated that 6-8 girls from Thayer Central will travel to Fairbury to play.

Since the two schools are joining together for the sport, the enrollments must be combined to figure out which class the girls will compete. Together the two schools will likely be Class B.

The last year that Thayer Central had softball was the 2009-2010 school year. During that year, eleven girls were out for the sport.

This isn’t the first sport that Thayer Central has combined with other schools to do. A few years ago, Thayer Central and Deshler joined together for middle school football. Although it only lasted a short time, the option has always been there.

“We’ve talked with others in the area in the past years, but there wasn’t much interest,” Harris said.

As of this time, it looks like softball will be the only joint sports program at Thayer Central, Harris said.

The schedule of games can be found on the NSAA website and the Hebron Journal-Register will feature the game results throughout the season. 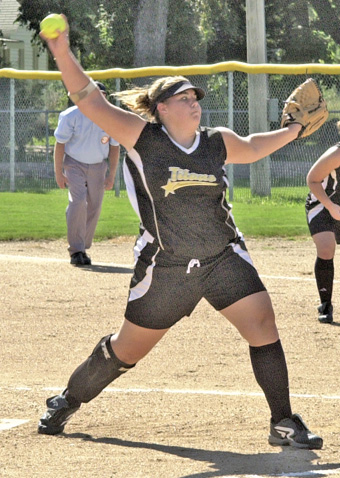