Affordable housing was the topic of the TCEDA (Thayer County Economic Development) hosted listening sessions held earlier this month in Davenport, Deshler, and Hebron. The groups were small, but the spirited conversation facilitated by Lonnie Dixon from Hanna:Keelan Associates discussed many factors surrounding housing needs in rural communities. The discussions revealed both difficulties and opportunities for Thayer County.

“Lower to middle income affordable rentals with three or more bedrooms were identified as both a need and an opportunity,” said TCEDA interim director Deb Craig. “With the recent expansion at Reinke Manufacturing, Inc., and opportunity for hiring a significant number of employees, a major problem exists in finding housing for the new employees.”

Reinke’s CEO, Chris Roth, summed up the workforce housing issues explaining some employees may be commuting 30-45 miles one way.   As these employees move into Deshler and surrounding communities, the economic benefits are felt throughout not only Deshler, but in the surrounding communities.    As gas prices rise, or if a spouse finds employment close to where they live, the potential exists for workers to quit commuting, taking jobs closer to home.
Affordable rentals were one of the key points the group identified to supporting the area workforce, and in turn get individuals and families to move into Thayer County, particularly in the 20-35 age range. “If this large employer finds the 30-40 workers currently being sought, and if these individuals would all move to our communities,” Craig said, “there would be a significant positive impact on the area schools and businesses.”

Another noted concern  was the need for repairs to current owner occupied housing. Participants cited that homeowners on limited budgets, such as middle income workers and senior citizens,  had the means to cover the mortgage, insurance, taxes, and daily needs, but when major repairs on a property were needed, such as fixing a porch, or replacing an aged roof, stretching the budget to include those expenses just isn’t possible.
“Repairs that included egress windows in basements could change a 2-3 bedroom home  into 4-5 bedrooms,” Craig said, “ and those are something that is also needed in the rental market.”

Discussion was held on how the results of the affordable housing study could tie into potential grant applications.
Participants at all three sites commented on “aging in place” and duplexes and fourplexes could be an opportunity.
“Many 3-5 bedroom homes are currently being occupied by older individuals who might consider downsizing to divest themselves of  lawn care and snow removal chores,” Craig said, “but only  if moderate priced duplexes or fourplexes were available for rent or purchase. This would free up  larger livable family homes.”
Independent living apartments were also discussed for those not quite ready to transition to assisted living facilities.

The “move-in” costs of renting or home ownerships were also discussed. “Some tenants really struggle to find the money for the deposit, the first month’s rent, and a deposit for utilities,” Craig explained. “The down payment required for conventional financing keeps others continuing to rent instead of purchasing a home.”

The groups voiced the importance of financial education at all levels in local schools and even for employees, as well as education on issues affecting families. Child support garnishments, medical bills, and collection proceedings/garnishments topped the list of obstacles that were routinely encountered in both renting and potential home ownership. Bad credit ratings were a major stumbling block identified by the group for first time home owners and even those looking to rent.

Other topics of discussion were dealing with nuisance properties, the red tape that accompanies demolition for run down properties, asbestos issues, and maintaining the newly vacant lots.  In Deshler and Hebron, vacant lots are free or available for nominal amounts, and discussion was held on how to encourage contractors or individuals to build on these vacant lots.

“Just as a person tries on new clothes before purchasing, having affordable housing provides a way for newcomers and new employees to Thayer County businesses to “try on” their job and our rural communities,” Craig said. And as one participant summed up,  “we need to really advertise our affordability and quality of life. Nice homes that sell for $30-60,000 in Thayer County would be more than twice that in Lincoln or Omaha. In Thayer County, the cost of living is lower, we have the highest quality volunteer fire and rescue, we can hunt and fish, show up to play golf most anytime, and drive a relatively short distance to work.”
Hanna: Keelan will be compiling the comments from the listening sessions, and tabulating the recent housing survey results.

Preliminary results will be available at the housing study steering committee meeting Dec. 12  at 10 a.m. at the District Court Room on the third floor of the courthouse, and will become part of the formal study and recommendations being prepared by Hanna:Keelan for the Thayer County Commissioners.

“The study results will be available for community planning, and are essential in applying for future grants, such as the down payment assistance grant recently awarded to Thayer County Economic Development (TCEDA) for five homeownership projects,” Craig said. 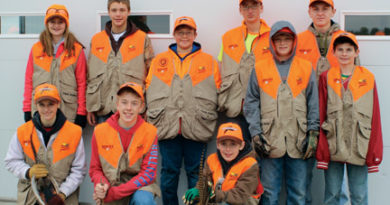